A subject that confuses everyone at the start,
this is our ultimate guide to Kontakt.

This webpage was last updated in April 2020. All information accurate to the best of our knowledge, but functionality and  information about products that are not our own as well as links to other webpages outside of our own website are not under our control 🙂

Spotted and error or omission? Please Email us [email protected].com

1. If you own Kontakt Full, you can use any Kontakt instrument.

2. If you just have Kontakt Player, you can only use Player-compatible instruments.

3. You can not use an instrument which is any version higher than the version of Kontakt you have.

Kontakt is powerful sample-based software made by Native Instruments. It’s one of the most popular audio-based software samplers and can be found in almost all music production studios around the world.

Why do I need Kontakt?

What are the two different variants of Kontakt software?

What are the main differences between to two variants of Kontakt?

Functionality
You can not build your own your own instruments or edit other people’s instruments in Kontakt Player.

Why should I get Kontakt Full?

Kontakt Full opens up access to thousands of different instruments that aren’t available for Kontakt Player. There are hundreds of developers including smaller, independent developers (like us!) that create all sorts of amazing instruments for Kontakt Full. It also allows you to create your own virtual instruments which is really good fun and a very good way to bring your own sounds to your music. You just need an SM57 and you’re good to go.

Why don't all instruments work in Kontakt Player?

For a developer to make their instruments work in Kontakt Player, there is a one-off programming fee and per-sale license fee that has to be paid to Native Instruments to unlock the use of Kontakt Player. Those fees can be very cost prohibitive for smaller companies. Larger companies also may not want to incur that cost for an instrument they know isn’t going to sell in large volumes. There is no such programming fee or license fee for Kontakt Full. As a programmer, there is no difference to the end user in the way an instrument is sampled, developed or packaged for using either variant of Kontakt.

How do I check if the instrument I'm about to buy will work in my version of Kontakt?

All software developers like us, will include on the product page of the instrument, the variant of Kontakt which is compatible with that specific instrument. You should check for each instrument before you purchase, even if it’s from the same company as sometimes it may change. You’ll need to look out for wording like “Kontakt Player compatible” or “Kontakt Full only”. You will also need to check the version number that the instrument is compatible with too. More below.

Your version of Kontakt software has to be the same or higher than the Kontakt instrument you’re using.

This happens because as Native Instruments updates Kontakt with new features, an instrument built in a newer version might have functionality that an older version of Kontakt can’t support.

How can I check if I have Kontakt Full or Kontakt Player?

Open up Native Access (the program which controls licenses and updates to Native Instrument products).

Click the “Installed products” tab on the left, and you will see a list of all available software and instruments on the right. Your current installed of Kontakt are listed here, along with their current version number and if there is any available updates.

You’ll notice on the screenshot here it mentions either FULL VERSION or PLAYER on the right hand column. 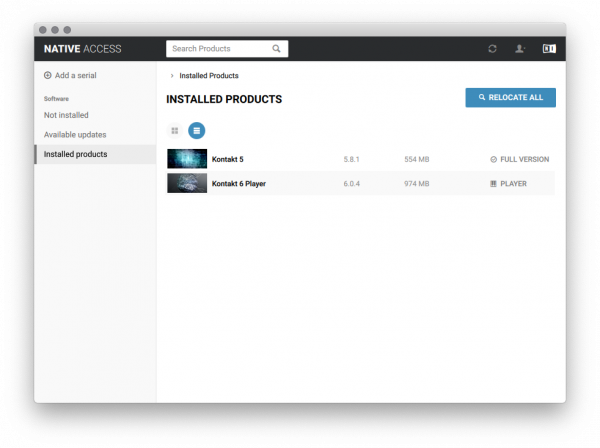 Check the plugin once loaded in your DAW

Once you’ve loaded up Kontakt into a channel strip in your DAW, you can open up the window to check.

It will say KONTAKT PLAYER in the top left of the window if this is what loaded.

You can also click on the KONTAKT Logo which will bring up a dialogue box similar to the ones below which will let you know which type is loaded and you can also check the version number (e.g. 5.8.1 or 6.0.4) 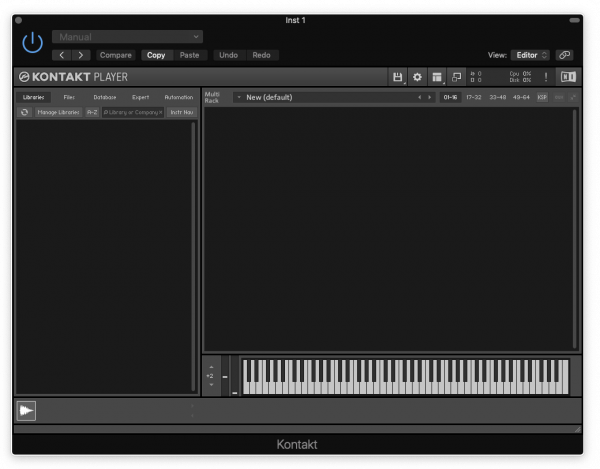 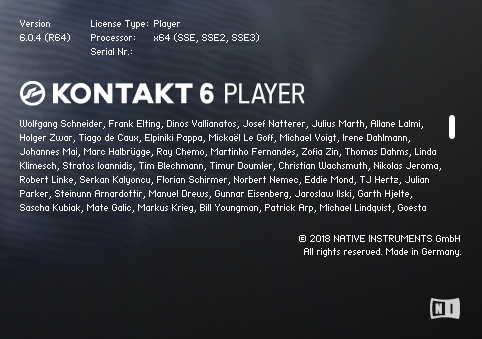 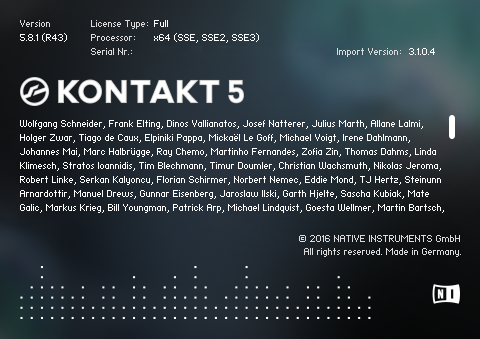 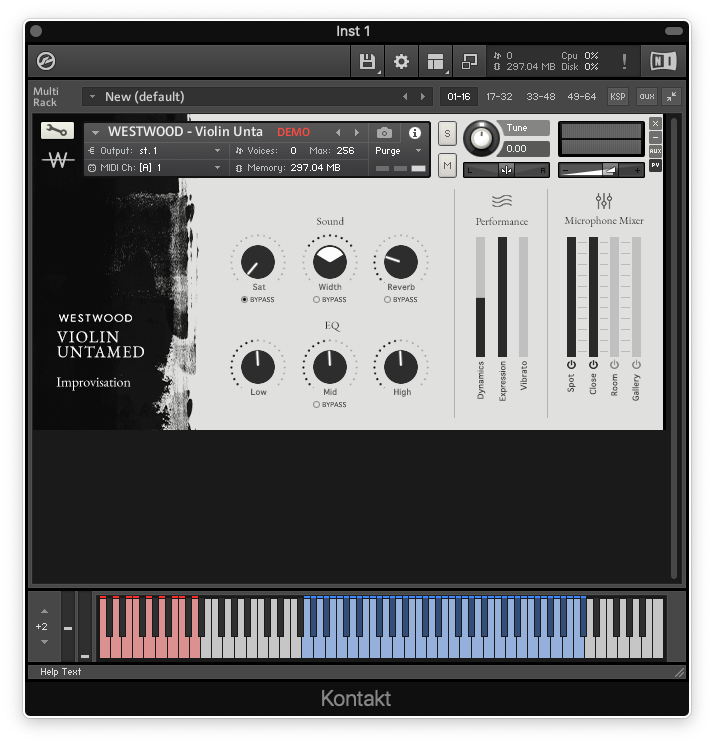 Why do I see DEMO / What is demo mode?

Demo mode is a feature of Kontakt Player, which allows any non-Player/Kontakt Full instrument to be temporarily loaded. It will allow you to use the instrument without any limitations or restrictions for approximately 15 minutes before timing out. It then stops working and you have to re-start your DAW to get going again.

At first it feels like a Demo mode of the instrument which has been programmed by the instrument company/developer. However, this feature automatically engages within Kontakt Player when a non-Player sample library/instrument is loaded into Kontakt.

Where can I buy Kontakt Full?

Kontakt Full is included with Native Instrument’s “Komplete” and “Komplete Ultimate” packages. Although more expensive to buy, these are really good value considering the dozens of other instruments and sounds included. At the time of writing Kontakt Full is NOT included in “Komplete Start” or “Komplete Select”.
https://www.native-instruments.com/en/products/komplete/bundles/komplete-12/

Do I need a serial number to install a Kontakt Full library?

Why does my Kontakt instrument not appear in the browser of Kontakt?

Native Access is Native Instrument’s own stand-alone software to manage and update all Kontakt software and Kontakt Player libraries, as well as some of their other propriety instruments. You will need it to run and perform updates to Kontakt.

Why doesn't my Kontakt Full library show up in Native Access?

Kontakt Full libraries do not utilise Native Access at all and you do not need to register them inside of Native Access to work. Native Access is only for the management of Kontakt Software and Kontakt Player instruments.

Due to the nature of digital products, once downloaded there’s simply no way to police that software remotely on a customer’s computer. So a refund could be issued, but the end user could still use the instrument unrestricted. This is the case for both Kontakt Player and Kontakt Full instruments. Most software companies adhere to this same policy, so it’s important to check compatibility before purchase.
FOLLOW WESTWOOD
Facebook Instagram Youtube

Sign-up to the newsletter and we’ll also send you our Upright Felt Piano library for FREE.